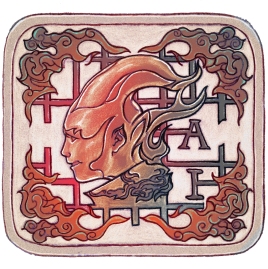 Ai Zhang is an award winning Chinese illustrator based in Atlanta. He acquired a M.F.A Degree in Illustration at Savannah College of Art and Design in 2015. He is Illustration West Student Scholarship Bronze Award winner of The Society of Illustrators -LA 2013. His work has been selected into Society of Illustrators, Society of Illustrators Los Angeles, 3×3 Student Show, etc. Besides being a freelance illustrator, Ai Zhang has been working as a visual development artist for animated short films. Ai was involved in many animation projects including Animated opening for the Atlanta Jewish Film Festival 2015, animated short film: “The Storyteller” 2014. The Storyteller has been selected into Savannah Film Festival 2014 and ASIFA-Atlanta “Roll Your Own”2014.